You are here: Home / NMR / Micro-ESR Spectrometry of Crude Oils

Process NMR Associates, LLC (Danbury CT) and Active Spectrum, Inc (San Carlos CA) are collaborating in the application of micro-ESR technology to petroleum applications. The initial work has focussed on crude oils but will soon be expanded to residues and cracker feedstocks.

Five samples of crude oil were tested by Micro-ESR spectrometry. The samples were:

The following spectra were observed: 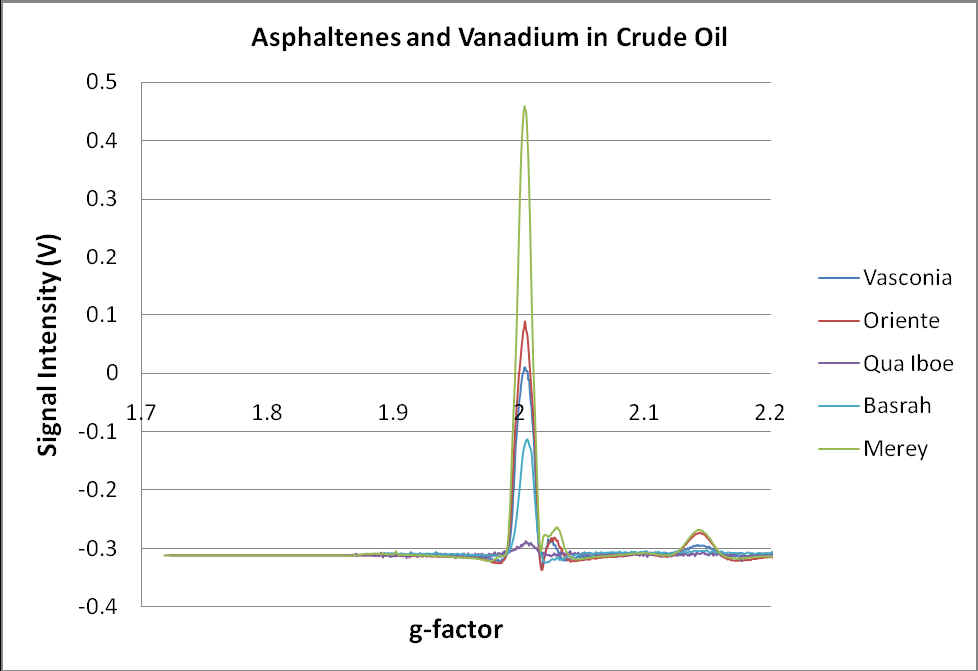 The central peak is a combination of a persistent carbon-centered organic radical (g = 2.003) found in asphaltenes, and a vanadyl (VO2+) peak. The additional smaller peaks are associated with vanadyl only.

For producers, the technique could be used to rapidly measure asphaltene concentration on-line. The spin density of the organic radical is a function of the maturity of the oil and will of course vary between deposits. Notwithstanding, rapid electronic measurement of asphaltenes remains a topic of great interest. Similar techniques have also been used to assess the quality of coals. For refiners, vanadium is a contaminant that poisons the refinery catalyst. ESR has been used by refiners since 1962 to rapidly measure vanadium content in crude oil feedstocks both on-line and in laboratories. Active Spectrum Inc.