A series of Trans Fat standards was purchased from AOCS. The ability of 1H and 13C NMR to predict Trans Fat  Content as well as Saturated, Poly-unsatured, and Mono-unsaturated Fat Content.

The data of the samples is presented in the table below:

PLS regression techniques were used to correlate 1H and 13C NMR spectral variations to the unsaturation level and type of unsaturation of the samples.

Processed 13C data is shown below:

1H NMR data is shown below: 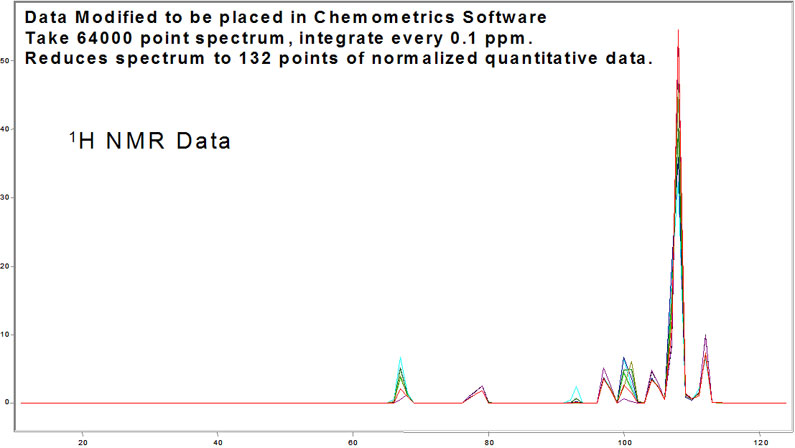 The following correlations were obtained from the 13C NMR data. 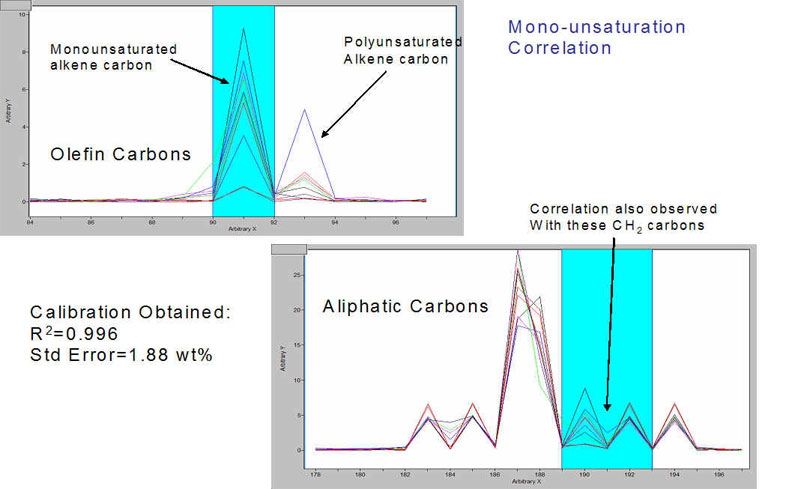 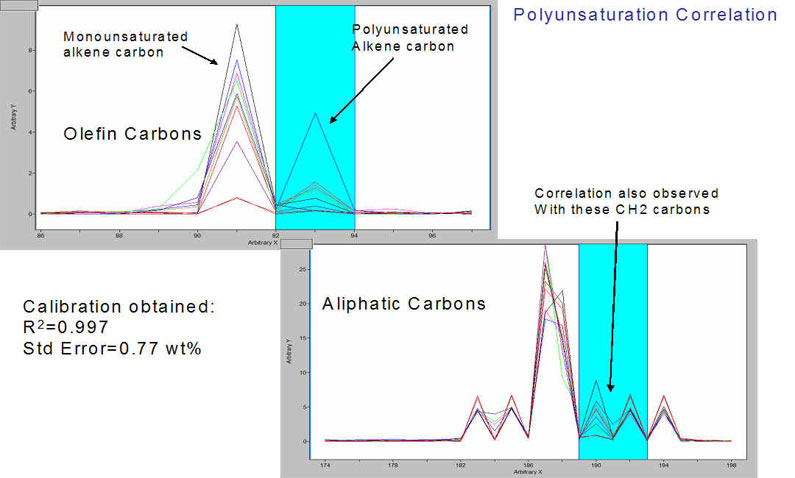 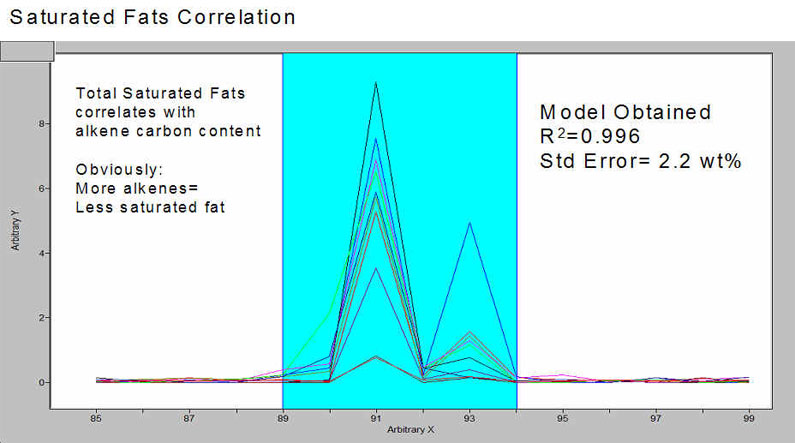